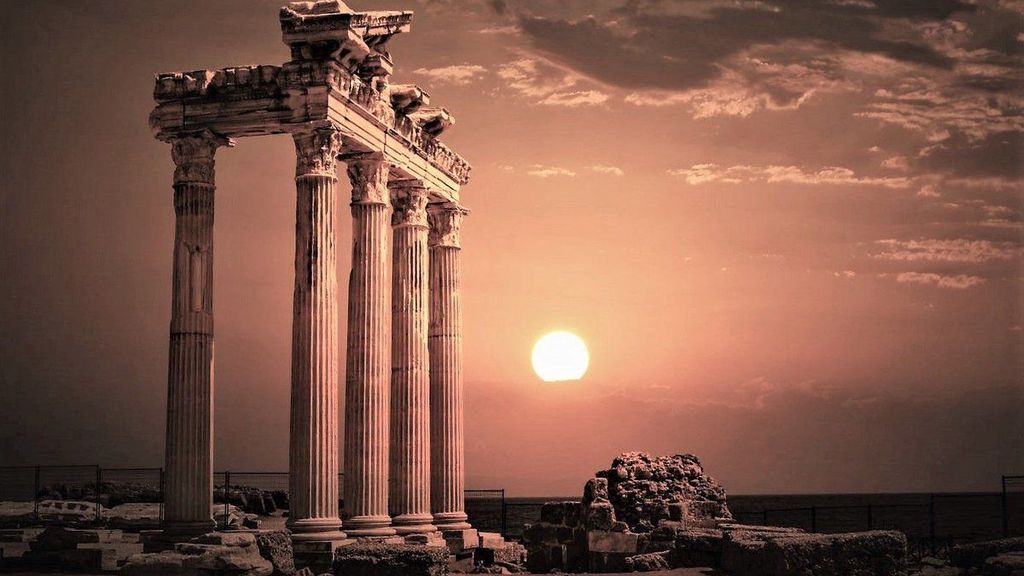 When you go to Cappadocia, which consists of cone-shaped rocks from lava and ashes sprayed by the Volcanic Mountains, you will feel like you are in a fairy tale. Here, you can enjoy the view from the air, which is considered one of the natural wonders of the world, by taking a hot air balloon ride at sunrise. 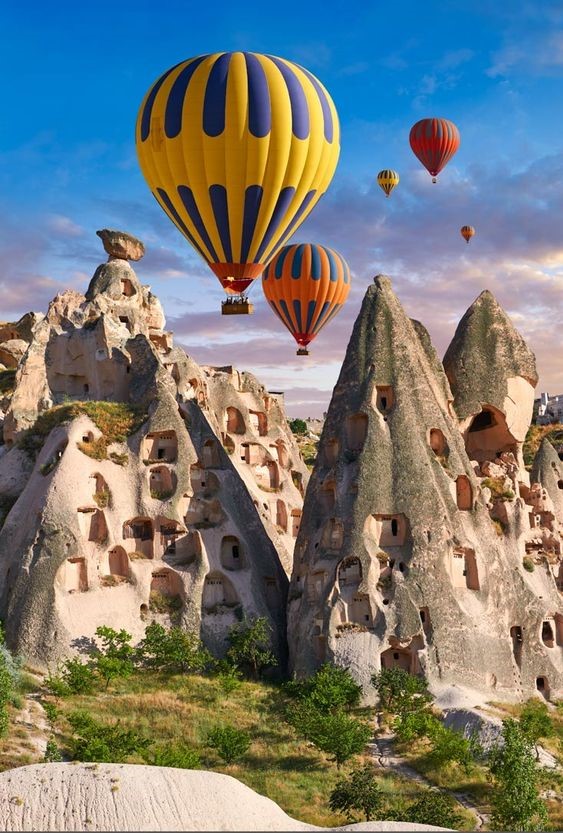 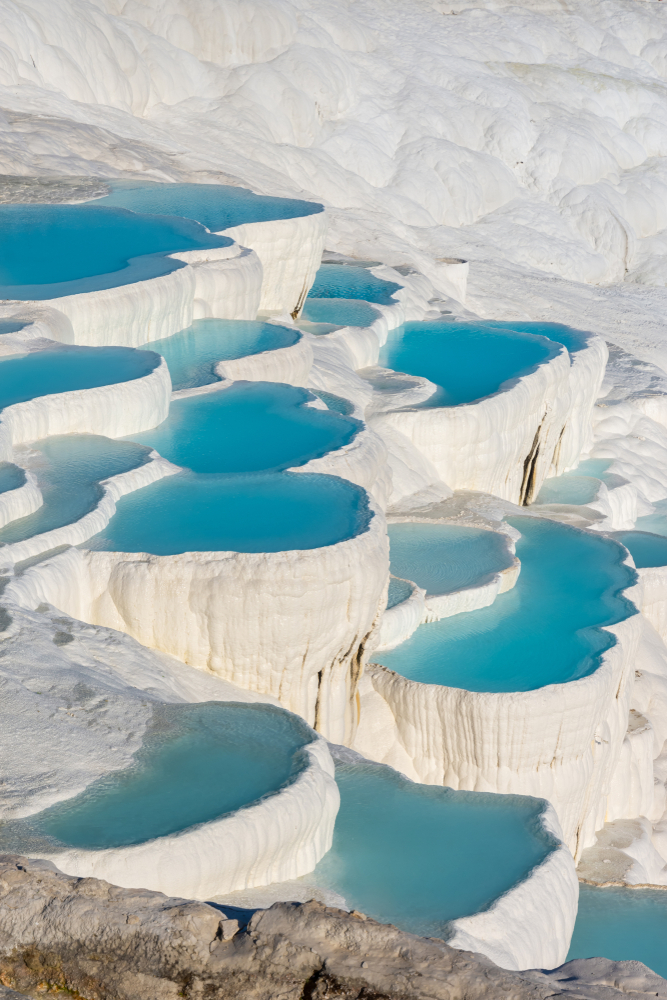 Resembling a cotton field with its snow-white appearance, Pamukkale travertines have always managed to attract the attention of visitors. The travertines, which are crystallized by the evaporation of carbon dioxide in the water sources in this natural area and the collapse of the limestone in the water, have a miraculous beauty.

It took its name from Luwian, which means 'Pomegranate', which has carried the traces of many civilizations to this day. It is an ancient city that makes history live down to the smallest details, with its historical traces, theater, magnificent city gate, old houses and museum lying right next to the beach. 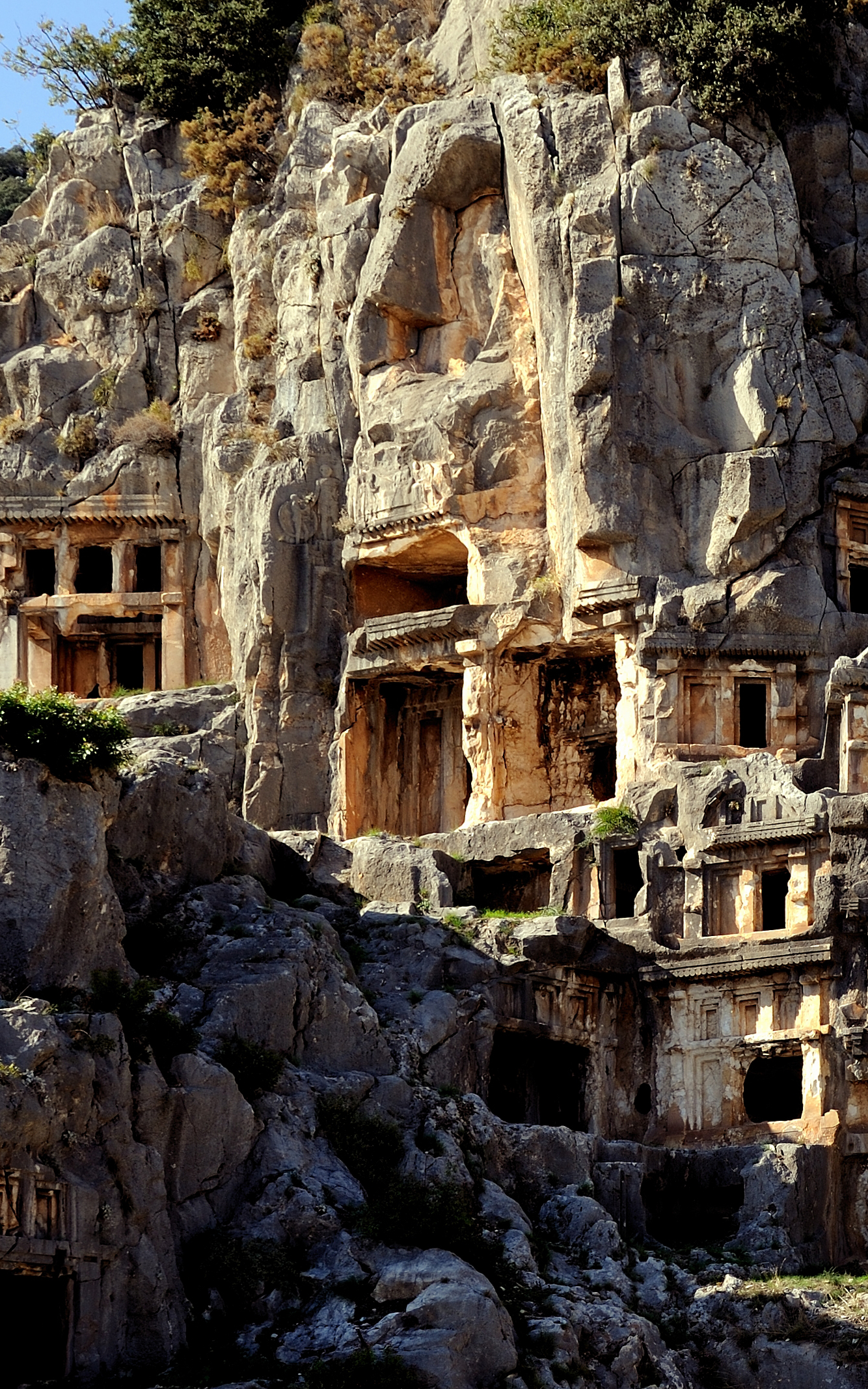 Christmas is the Christian holiday that celebrates the birth of Jesus on 25 December each year. It is also known as the Feast of the Nativity, the Holy Nativity or the Feast of Christ. The International Santa Claus Festival, which is held in Kale (Demre) and Kaş every year between 6 and 8 December, receives visitors from many countries around the world. According to the legend, although he lived in the Mediterranean and never saw snow, he was transformed into a loving elder who is believed to be handed gifts to children with sleds pulled by deer on Christmas nights due to his love for children. This historical building, which was built in his name by the people after his death, was named the Santa Claus museum.

Aspendos, or Belkıs with its lesser known name, is an ancient city famous for its theater stage. It is home to rare structures that have been preserved until today, with a very well-preserved open-air theater and unique aqueducts. Aspendos, which was thought to be among the richest cities of Pamphylia in ancient times, hosts city concerts and events where culture and art are common, and world-famous opera, ballet and music festivals. 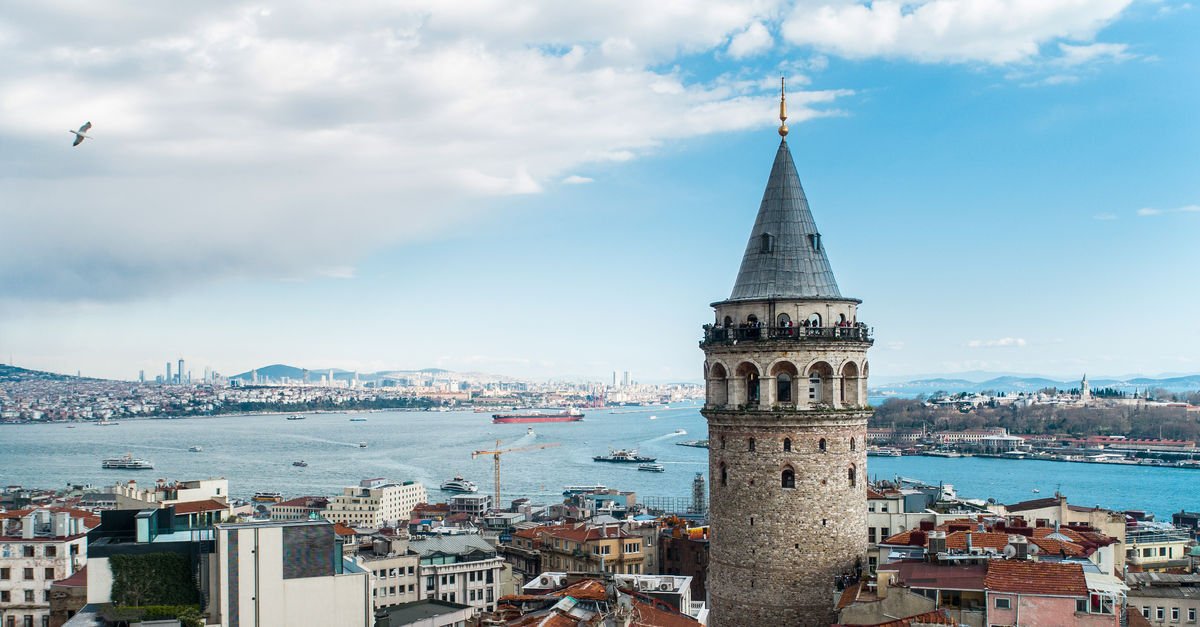 Galata Tower, a medieval structure built hundreds of years ago, is one of the most iconic structures made entirely of stone, with the most beautiful view of the city that overlooks the city with its majestic appearance. With the 360-degree view of Istanbul, the colorful lights of the tower are worth seeing from all over the city at night, as the visitors reach the top. It has become a center of attraction and one of the symbols of Istanbul by receiving frequent visits.

Anıtkabir, which was built as the mausoleum of Gazi Mustafa Kemal Atatürk, the founder of the secular Turkish Republic, the great leader of the Turkish War of Independence and the Turkish Revolution, is an expression of the great respect and gratitude of the Turkish Nation to Atatürk. Located in Rasattepe, Anıtkabir reflects the magnificence of modern Turkish architecture. It is a building influenced by contemporary architecture, decorated with chipped stone and local materials. In addition to the museum, which contains information and visuals from the founding period of the Turkish Republic, there is the Atatürk and the War of Independence Museum in Anıtkabir. Atatürk's personal books, samples of manuscript notes and some personal belongings are exhibited in this museum. 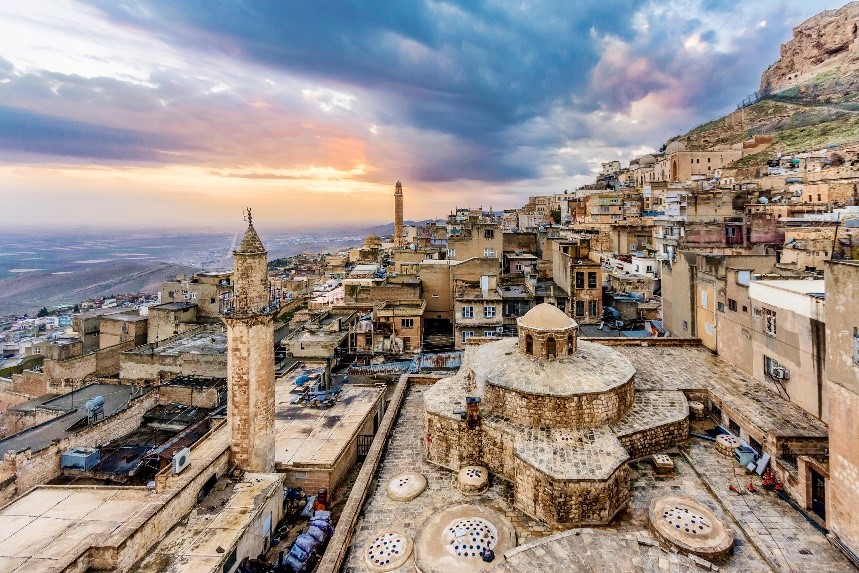 Mardin, one of the most beautiful cities of Mesopotamia, hosts mosques, tombs, churches, monasteries and similar religious artifacts that have historical value in terms of art, in parallel with different religious beliefs. Mardin is on the Silk Road route and there are five inns and a caravanserai in the province.

The tomb and monumental sculptures built on the slopes of Mount Nemrut, which is 2,150 meters high, by Antiochos I, King of Commagene, to show his gratitude to the gods and ancestors, are one of the most magnificent ruins of the Hellenistic Period. The East Terrace, which is the first place to see the sun in the kingdom; consists of the ancestral gallery, the altar and the gods gallery. 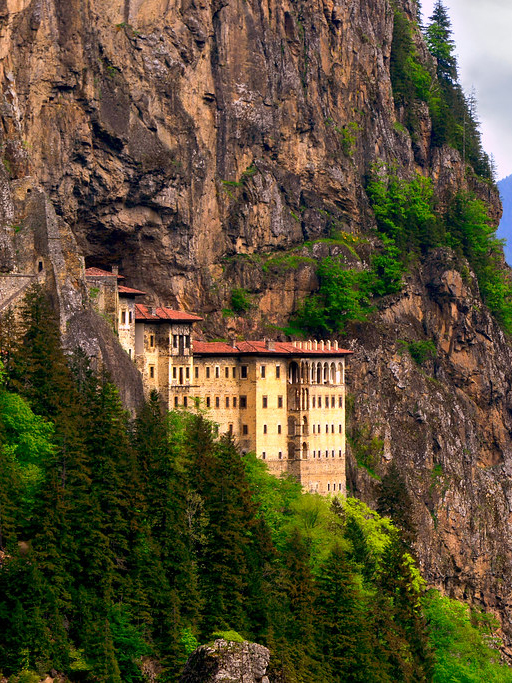 Sümela Monastery in Maçka District of Trabzon was built on a steep cliff on the slope of Karadağ in Altındere Valley. Sümela Monastery is one of the most important symbols of Trabzon, which is among the cities with the most beautiful nature in Turkiye. The monastery, which seems to be stuck to the mountain, is breathtaking with the beauty of the nature it leans on. Trabzon and its region, which has been under the influence of different cultures in different periods of history, continues to reflect this diversity in every field today. Sümela Monastery is the biggest example of this diversity and has been a frequent destination for tourists from past to present.

Ephesus, which is known as history itself, is described as the cradle of cultures, as it has hosted civilizations with very rich cultures for thousands of years. Ephesus, which has been a religious center for centuries with the acceptance of Christianity as a center of pilgrimage, is an important port city, which is the main gate between the East and the West. 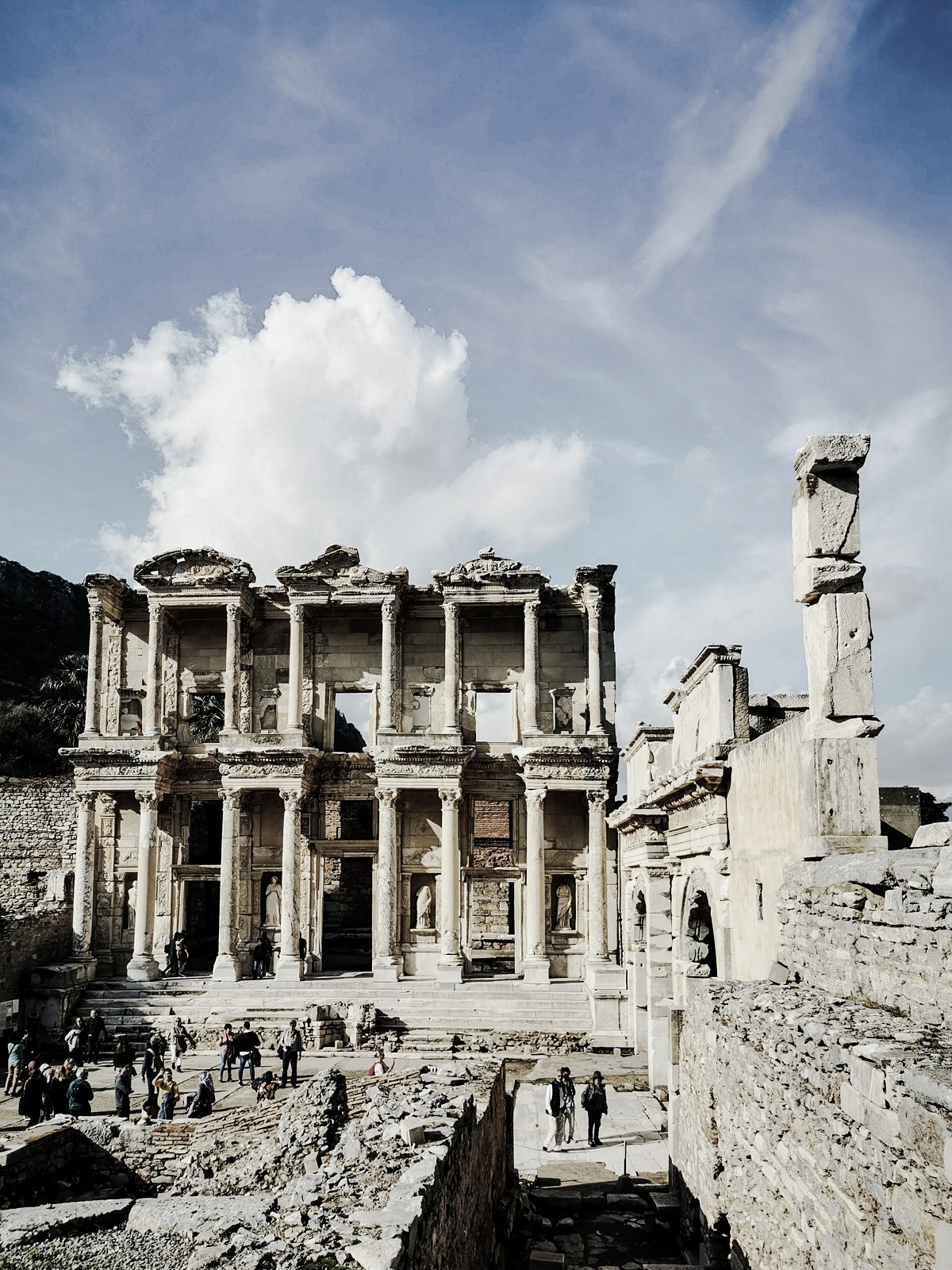